The Music In Africa Conference for Collaborations, Exchange and Showcases (ACCES) concluded on 30 November with delegates calling the event a resounding success.  ACCES 2019 hosted hundreds of delegates from across Africa and around the world who travelled to Accra, Ghana, for three action-packed days of networking, exhibitions, presentations, workshops, showcases and panel discussions.

Organised by the Music In Africa Foundation (MIAF), ACCES is the continent’s biggest music business event that goes to a different African city every year to foster partnerships and new business connections between music industry professionals such as musicians, talent managers, festival organisers, record label executives, digital distributors, media practitioners and many others.

The Accra event was the third of its kind after ACCES was held in Dakar, Senegal, and Nairobi, Kenya in 2017 and 2018 respectively. 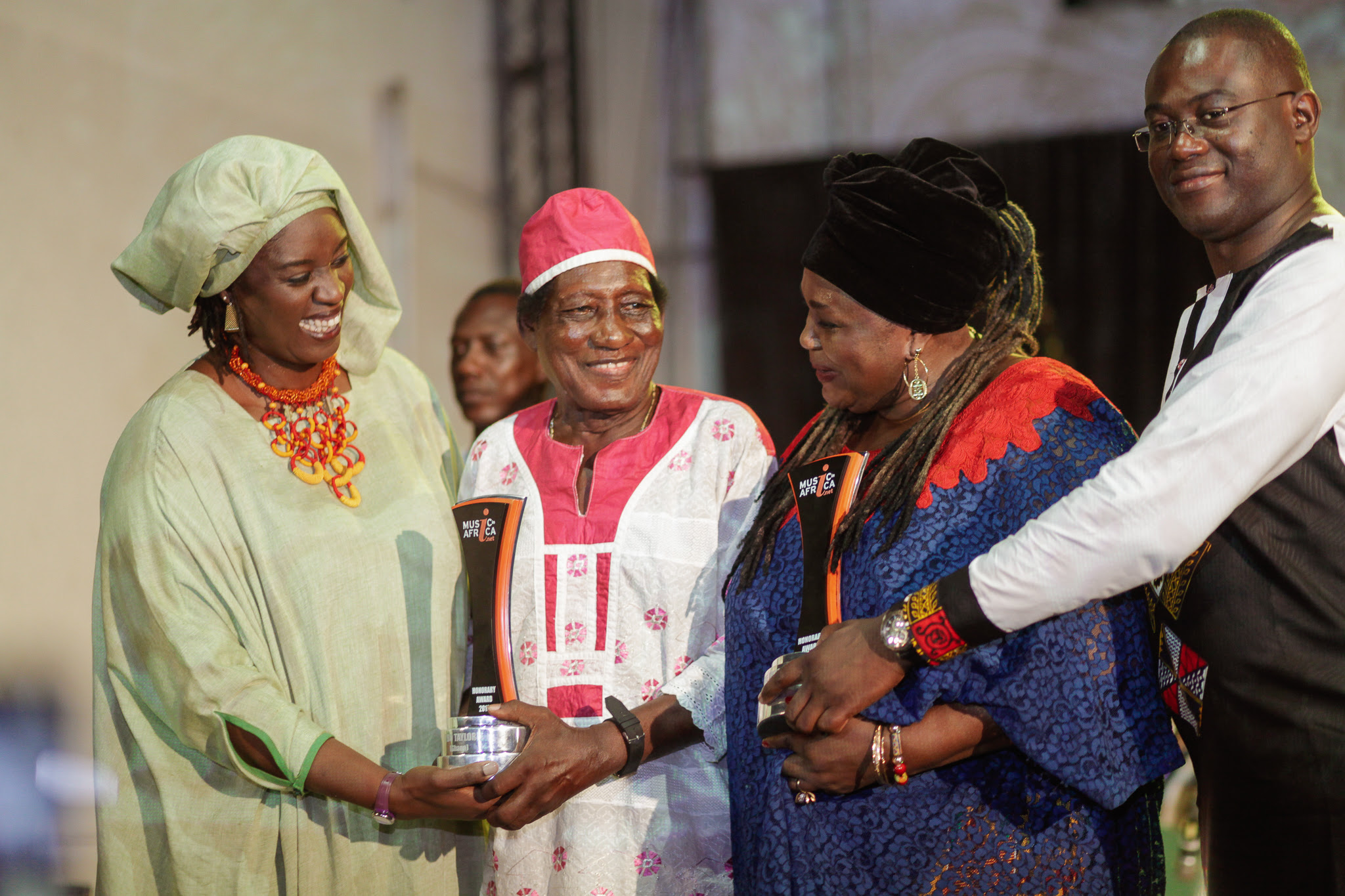 ACCES 2019 kicked off at Alliance Française Accra on 28 November with the Music In Africa Honorary Award presentation ceremony, which paid homage to Ghanaian music legends Bibie Brew and Ebo Taylor. The award is given out by the MIAF on an annual basis and recognises the outstanding contributions of notable musicians to their home country’s industry and that of Africa as a whole. Previous recipients include Baaba Maal (Senegal, 2017) and Eric Wainaina (Kenya, 2018).

After accepting his Honorary Award at this year’s ACCES, the 83-year-old Taylor went on to perform his evergreen classic ‘Love and Death’ alongside the Saltpond City Band and with the help of American academic, musician and conference speaker Mark LeVine (US). 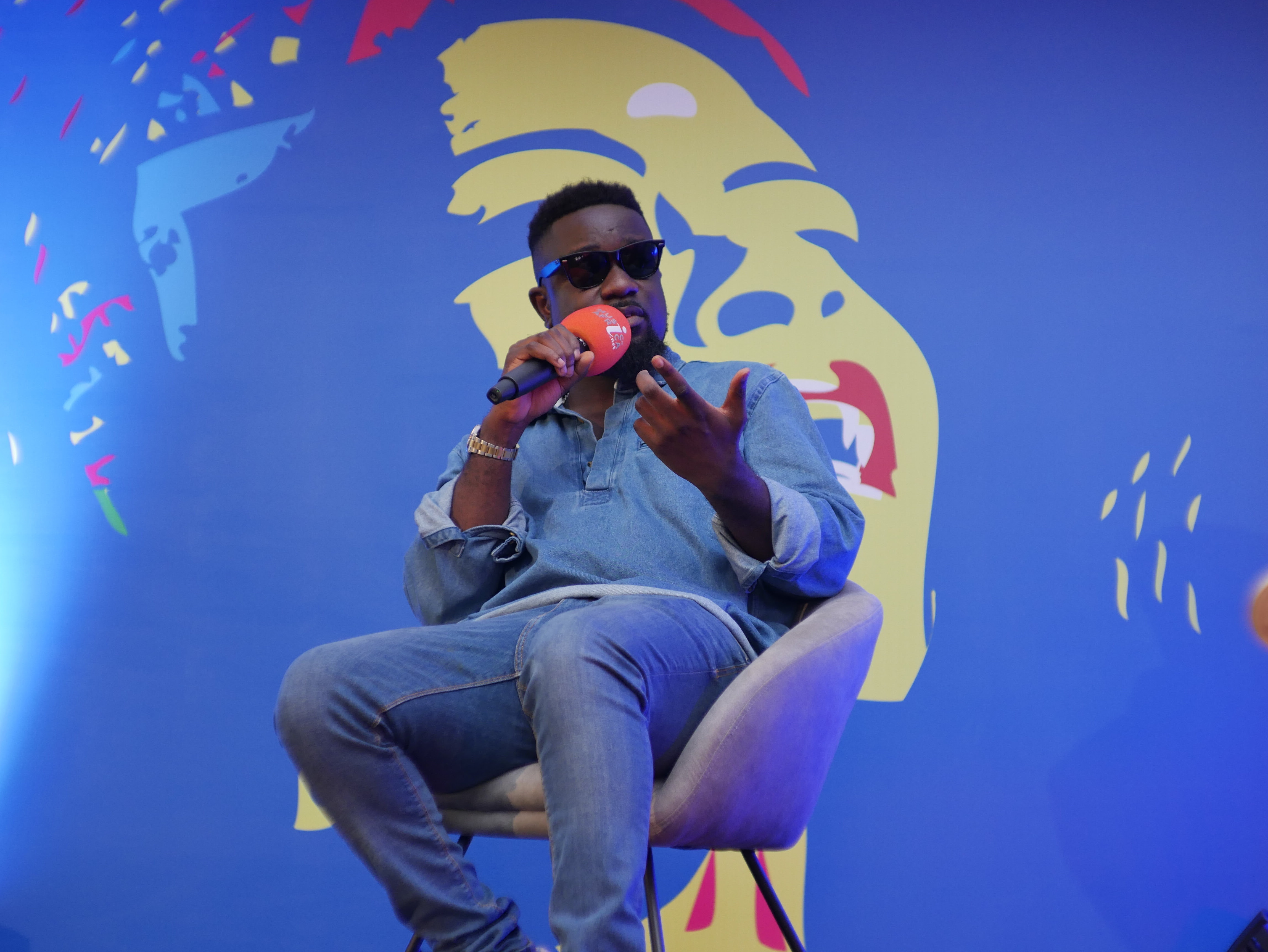 The conference hosted informative presentations and panel discussions where top music professionals and academics enlightened the audience about the history and development of highlife music and the musical treasures of a Kenyan refugee camp, and debated pertinent music industry topics such as the streaming era, the recording and distribution industries, effective intellectual property management, Africa’s alternative music platforms, and the potential of Afro-European music market collaborations ‒ all taking place at the Ghana Academy of Arts and Sciences’ main auditorium.

In addition, the academy played host to ACCES’ popular Conversation series featuring Ghanaian superstars Sarkodie, Efya and Samini as well as international guests Sway Dasafo (UK) and Skales (Nigeria), who spoke about their professional experience as recording artists and gave advice to upcoming musicians looking to break into the music industry.

More advice and knowledge was further shared with the ACCES delegates via the conference’s free workshops, which explored music production essentials and composing music for film, while a workshop that began about a week prior to the start of the trade event trained eight women in stage management. The workshop, made possible through a partnership with the Prince Claus Fund, is part of Music In Africa Gender@Work − a three-year programme aimed at upskilling and increasing the participation of female professionals in the African music sector. 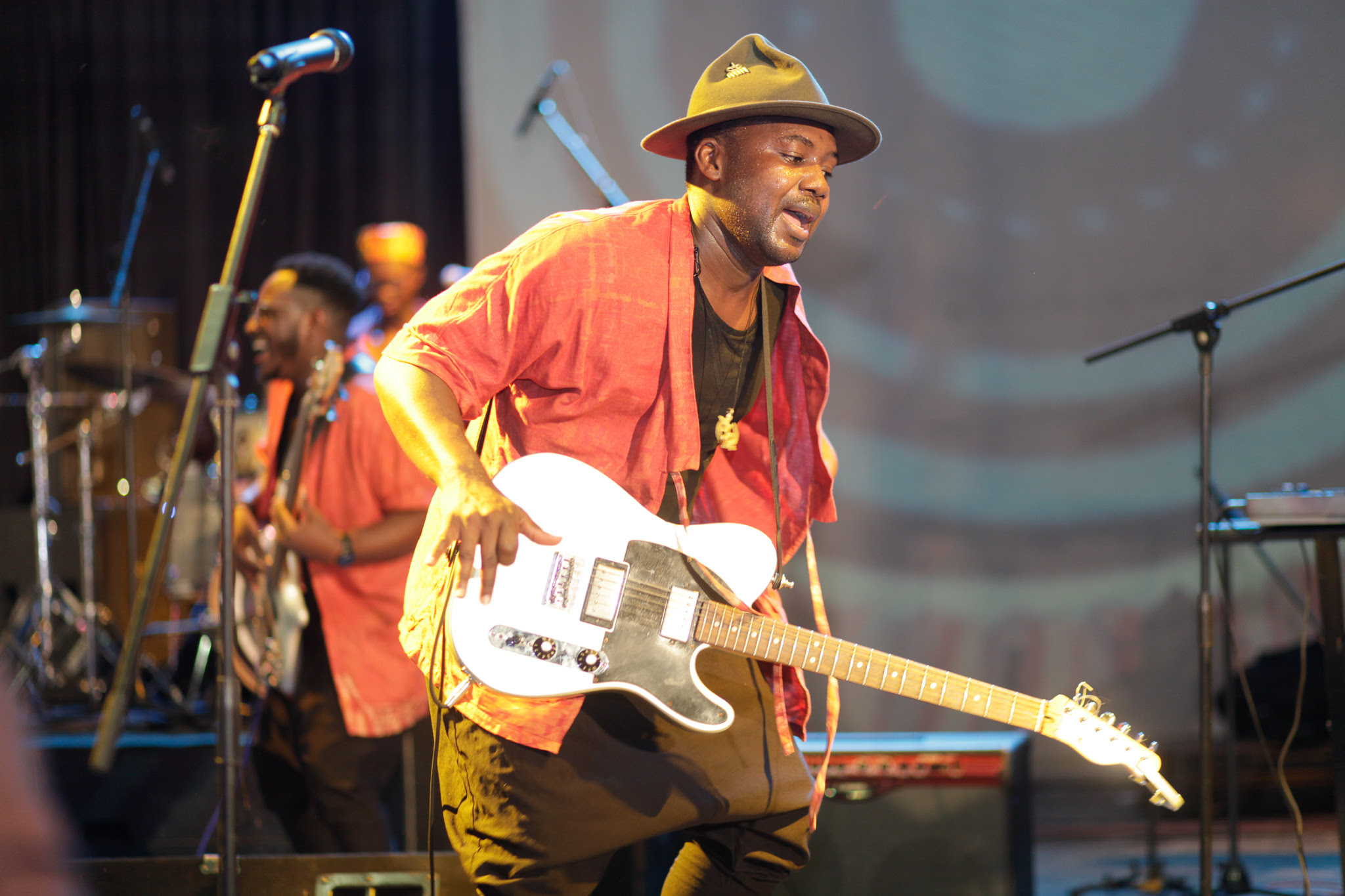 This year, the exhibition area at the Ghana Academy of Arts and Sciences was a hive of activity with ACCES’ Pitch Sessions providing a highly dynamic element to proceedings. Here startups and service providers in the music industry got the perfect opportunity to present their ideas to an audience of potential partners, collaborators, clients and funders. Pitchers were given 10 minutes to present their concept or service, answer questions and get feedback.

The conference also hosted for the first time the Exhibitor Hub, a tech-oriented space where companies and organisations promoted their products and services. Hub exhibitors included the International Confederation of Societies of Authors and Composers (CISAC), which presented its Global Collections Report for 2018, as well as Voice of America, Boomplay Music, Ditto Music, Aftown and the Year of Return.

Concurrently, a speed networking session, designed to accelerate exchange and build new partnerships, saw a dedicated networking space at the academy teeming with delegates who got to meet a carefully curated group of networkers representing the various parts of the music industry.

The next edition of ACCES will take place in 2020 in a yet to be announced African city. Visit the ACCES official website for venue updates: https://www.musicinafrica.net/acces

ACCES 2019 was organised by the Music In Africa Foundation, a non-profit and pan-African organisation, in partnership and with the support of Siemens Stiftung, Goethe-Institut, Reeperbahn Festival International, Alliance Française, BMG, Media Sound Hamburg, the Multimedia Group, Africa Art Lines, Afrikayna, the Gold Coast Hub, the Year of Return, the Prince Claus Fund and the ANT Mobility Grant from Pro Helvetia Johannesburg, financed by the Swiss Agency for Development and Cooperation (SDC).

This year ACCES partnered with Reeperbahn Festival – one of the most important meeting places for the music industry worldwide and Europe’s largest club festival based in Hamburg, Germany. The partnership created a framework for the festival to collaborate with ACCES in facilitating sustainable business engagements and exchange between European and African music businesses and professionals, as well as the provision of performance opportunities to musicians in both territories.

Jonilar is a Ghanaian Publicist, Tourist and Brand expert. He has been nominated for a couple of awards including African Youth Awards,Ghana Music Awards South Africa in the category of “Blogger of the year” category. He writes on Music, Tourism, Digital marketing, Youth development etc. Mobile:+233246106248 E-mail:Jonilaronline@gmail.com
@@Jonilar
Previous JMJ ft. Okyeame Kwame – Diss (Riddim Of The Gods – HipHop)
Next B Bent – Fomaka

River Jamboree 2022: A December event that feted the Volo breeze

Powered by JONILAR | Designed by Jonilar
© Copyright 2023, All Rights Reserved